MFA student Rodrigo Ghattas felt like being tossed into space when entering Oslo National Academy of the Arts. Now he is thankful, as it led him to the shift he wanted as an artist.

«To me Oslo National Academy of the Arts is an Art School where I can be free. I can propose things without being judged by teachers or students,» says Rodrigo Ghattas, second year MFA student in Art and Public Space.

«I have a BFA with a major in Sculpture from the Pontificia Universidad Católica del Perú. There everything is totally controlled and I was strictly trained as a sculptor. Here in Oslo it felt like being tossed into space. Total freedom was really scary, it took a while to adjust. Now in retrospect it really helped me trust my own feelings and intuition within the art field.»

«I look upon myself as an outsider, my relationship with the gallery space is in standby at the moment - I use the city for now.» 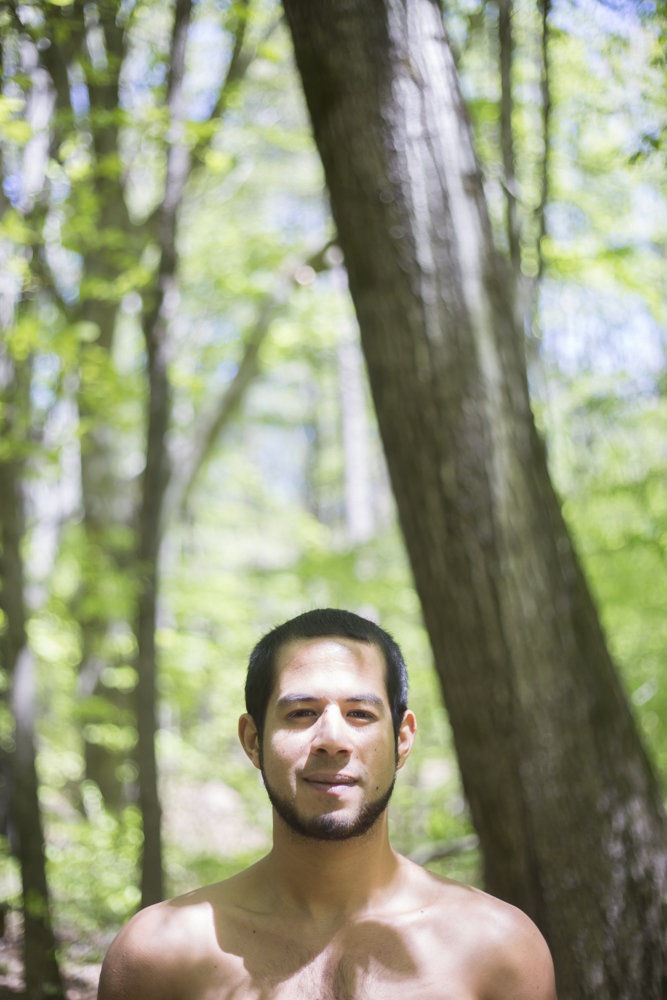 In Peru a BFA lasts 6 years, and in 2014, a month after Rodrigo graduated he flew to Ko Yao Noi, an island south Thailand to be part of an art residency where he lived together with 19 other artists and Buddhist monks. «At one point I got really fed up. It is nice to have your own space, and I liked being a sculptor, but I think I´m better with people. I’m in love with strangers and love bringing people together. While living with the monks in the beginning of 2014 I found my inner thoughts, and at the same time I was doing art. After Thailand I started a residency “Machaqmara Center for the Arts” for artists in the heart of Peruvian central jungle – a mix of native, rural and urban community space. Artists from different parts of the world visited. This kind of residency project that integrate meditation as part of the creative process of the artist, was previously non-existent in Peru. I was doing this in 2014 and 2015, and most of the money spent to support the project came from my own pocket.»

When do we stop being strangers?

Rodrigo's Master's Project Tracing Yellow consists of a series of daily performative projects, in which he fuses his daily life with his artistic practice.

«I found this Master's programme Art and Public Space, it was the shift I wanted as an artist – to throw my practice into the city, in public space. When I arrived in Norway I thought how can I merge my everyday life and my art. I studied at school, worked to earn money and I wanted to discover the city. In the project called I believe in the click, I try to find a tentative answer to the underlying questions: What does it mean to be a stranger? When do we stop being strangers?»

Using a Tally Counter and a Polaroid camera Rodrigo counts the hours passing, until a new spontaneous and unplanned encounter with a stranger takes place – in a public or private setting.

«I give them the counter and tell them about the project. The stranger can become something else – they become lover, friend, dancing partner... We can relate to each other. Some people are a bit suspicious and right away ask me if this is art, and I tell them, it is not about the outcome, the artwork is the experience, daily performativity, a social engaged artform. The other and I, both become the material. Of course, there are some ethical questions – how do I avoid objectifying others? I am an initiator of action – organic – open ended. We are still two individuals – I opened and you reacted and complemented. I like this spontaneity. It is a constant fight with my ego as an artist, I’m taking ownership of my own project, but at the same time I´m letting go a big portion of that very same ownership, something I learned while living with the monks.»

Other planned daily performative projects are 21 days in public and Sunflower voyeur – issues of heat and public life in motion. The Sunflower project will take place the same day as winter solstice and involve public transport and sunflowers, that’s all he secretively is willing to reveal from the project before it takes place.

«What does it mean to be a stranger? When do we stop being strangers?»

«"I look upon myself as an outsider, my relationship with the gallery space is in standby at the moment - I use the city for now". In the project 21 days in public I'm interested in challenging the famous 21-day myth habit formation. And the project has a twist – how can habits be seen as gestures in public? An example of a gesture could be: Talk to a stranger on your local bus stop, or say "good morning" to the first person you meet when you leave home, or randomly pick someone in the street and teach him or her some words in your native language, hold the door for someone at the same hour every day, the possibilities are endless...»

All Rodrigo's projects are encounter/time-based and ephemeral. He sees documentation more as living memories. Like the old times when stories were transferred orally.

«How do you capture a live moment, a highly subjective encounter? I have to be truthful, I have to build trust and become highly sensitive about the emotions surrounding those encounters. Become aware of cultural differences, and never take anything for granted. I see art projects' participants as 'careholders', since it is about caring and building empathy between individuals, which is the structure that support our collective performance of an action or gesture. We take care of each other, we take care of the artwork.»

To gain freedom as an artist

Rodrigo would love to stay in Norway for a while after he graduates spring 2018. One of the main reasons is because he would like to start working on building a bridge for collaboration between Sami artists and Peruvian native artists in the future.

«Even though there are no tuition fees in Norway, living here is expensive, so I have had to work during my studies. And it has been such a privilege to have related jobs working for Ekebergparken, Oslo Pilot, a project investigating the role of art in and for the public realm, Art Residency in Oslo  and Creative Tracks in Wales, a professional exchange between Welsh and international creative changemakers. It seems promising to be a cultural producer and an artist in Norway.»

«I know some artists producing 2-3 canvases each day because they have to survive, it´s about the money. I don't want to be an artist working under this kind of pressure. Being a cultural producer I can earn money and gain the freedom to do whatever I want as an artist. In Wales I met potential partners and potential co-institutions, same in Norway, I'm definitely planning to put all this output and experience back into the cultural field of my country. I can apply this experience in Peru. I don’t see myself living there in the near future, but initiating projects to and from. As I see it, a project never ends – it changes with time and space.»