This spring PhD fellow Samoa Rémy was awarded with an Honorary Mention from the Arts at CERN programme. In her PhD she is transforming her research material from visiting CERN, into artworks.

– I believe the two disciplines art and science can challenge each other. I think imagination, and human presentiment are tools which can guide us in each discipline. So when a scientist (f. ex. a physicist) and an artist meet with these ‘tools’, a lot of incredibly fascinating and interesting dialogues can spring out from the exchange of thoughts between them.

Samoa Rémy is currently PhD fellow in artistic practice at the Department of Art and Craft at Oslo National Academy of the Arts. She is working on an installation which express reflections regarding the essence of communication. Here she is interested in creating elements with the capability to provoke a perceptive shifting in the use of materials, or, 'bodies', that can make reciprocal imprints on each other. Since 2013 she has been several times to CERN, where scientists from all over the world help to uncover what the universe is made of and how it works. Rémy has an ongoing dialogue with some of the physicists working there. 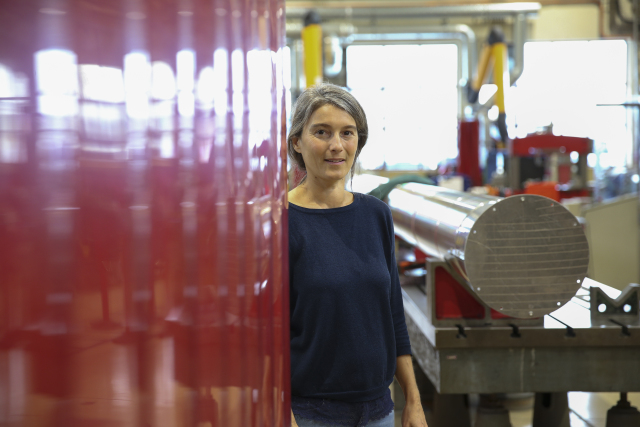 –Arts at CERN is the leading art and science programme worldwide fostering the dialogue between artists and physicists.
So Arts at CERN is an outstanding programme. Not just because CERN is the biggest "laboratory" in the world where they do research on the fundamental structure of the sub-atomic particles that make up everything that surrounds us, and also everything which we are made of. But this programme is of extraordinary importance because of its symbolical connection between science and art. The two disciplines do in a way have similar approaches but different ways of anticipating new discoveries / new visions (at least as seen from my point of view), and I believe that we can mutually challenge quests related to the unknown, the invisible. 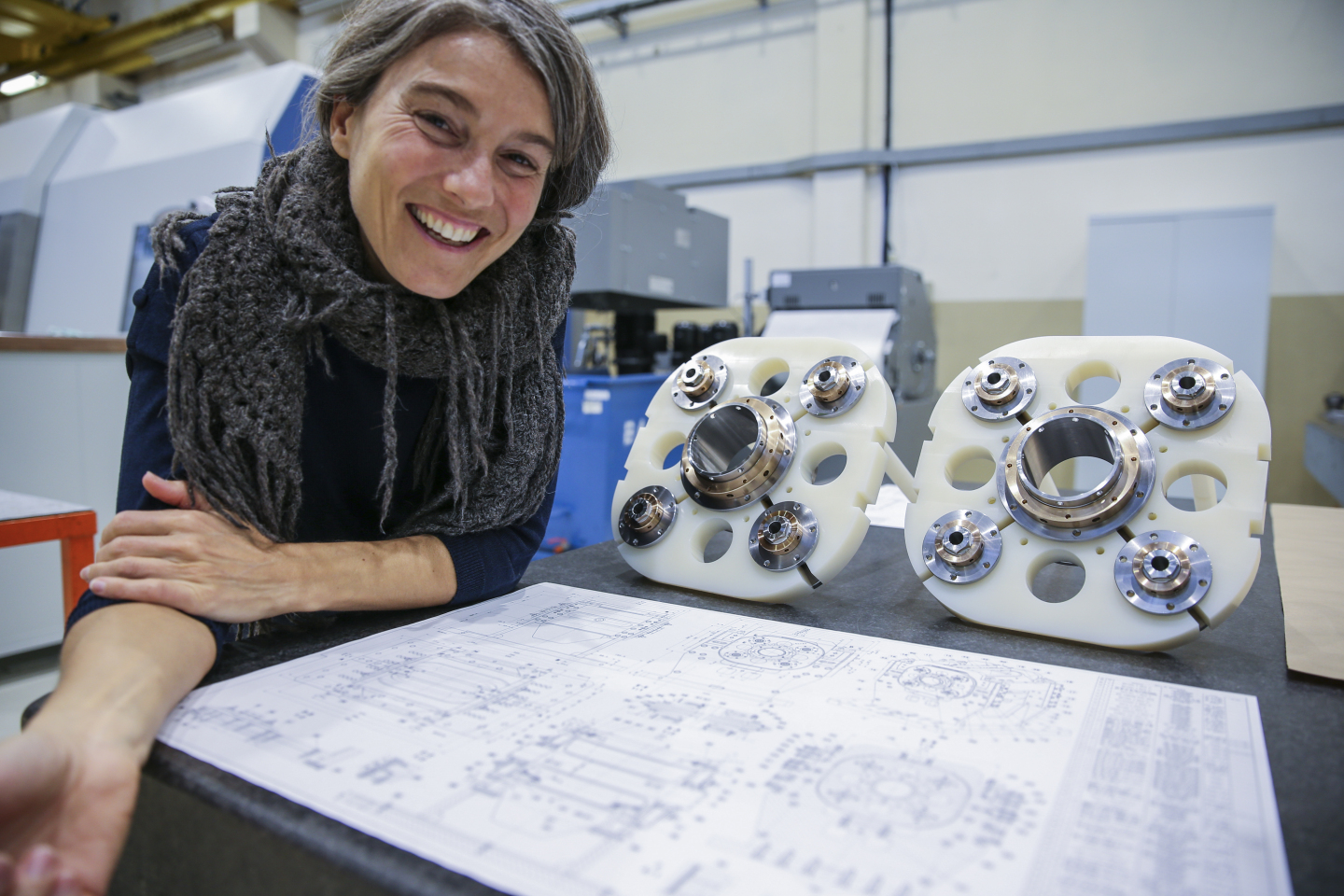 –I have recorded long interviews with several scientists there, and some of them are among the leading physicists worldwide. I have been doing research in CERN's archives, and I have especially kept insisting a lot in trying to find much information about the old technologies used for detecting particle-collisions. I’m particularly interested in the technology called "Bubble chamber", which was used extensively between approximately 1955 and 1975, and its preceding technology, called the emulsion package, which gave us very interesting images of f. ex. antimatter, often made with a kind of collage- or mosaic-technique.

–That said, I also feel that I have had a kind of “disturbing” presence when at CERN, since there research means progression, while I’m primarily interested in exploring connections between the historic and the contemporary. Or better said: I'm interested in going back and forth on the timeline. But at the same time I think many of the physicists and researchers there also have appreciated my insistent quest to find traces and information about this specific part of history at CERN.

In her current PhD project she is among other pairing research on subatomic particles with another area of interest: the fact that in most 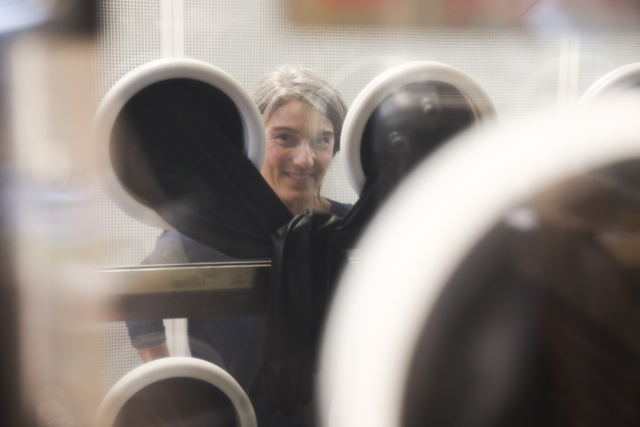 of the archaical cosmogonies, sound was perceived to be the basic matter. Her work is characterised by a constant search for the interval that re-establishes a certain equilibrium between opposing forces. In weaving together several artistic media like installation, drawing, prints, sculpture and video, she argues that she often creates a 'whole' that instills a subtle upheaval of the order and control generally created by the human being.

–The title of my PhD-project, Layers of Darkness and Light, includes a meaning of stratification and depth. There is a presence of two antipodes: the terms "darkness" and "light". These terms can be understood in relation to the visible spectre, but of course also be connected to a wider spectre of metaphorical meaning. I'm very interested in the aspects of limits and possibilities that lie within human vision, as this actually is not at all restricted to the limited parts of reality which we can see with our eyes, but also fully open to what we can perceive with our inner eye. Because it is possible to perceive "layers" of reality which aren't visible to the naked eye.

This spring Samoa Rémy was awarded with an Honorary Mention for Collide International/Barcelona, a collaboration framework with Instituto de la Cultura and the Barcelona City Council (2019-2021).

–The Arts at CERN prize is a residency award given to artists whose practice is related to the scientific field, and which is related to the research carried out at CERN. The honorary mention I was awarded from Arts at CERN means a lot to me right now, since the material I have collected during my research at CERN is an important part of the PhD project I’m conducting here at KHiO. And now I'm working with the transformation of this material into artworks. So, to get this prize and the short but intense residency at CERN, also allows me to be in an incredibly enriching collaboration with the Arts at CERN programme – which is a ‘bridge’ between artists and scientists, since it’s stimulating a dialogue between them.