In this Agenda we wish to give an insight into romer and romanifolket/tater culture, history, and also view it in the contemporary. Then not as a historic occurrence, something that has been and happened, but as a living part of our contemporary culture.

One of my first impressions, and insight into, the history of Tatere in Norway was through Vibekke Løkkeberg’s documentary in the program Vindu mot vår Tid from 1973 where she uncovered and revealed the conditions at Svanevik working-colony, founded and run by Norsk Misjon. The documentary, which when first aired caused an outcry towards Svanevik and their treatment of taterene, also revealed a a part of Norwegian history, and the contemporary, which I honestly have to say I was unaware of. And in Norway we have five national minorities, defined as groups with a longstanding national, historical, cultural and social bond to Norway. In Norway romer and romanifolk/tatere together with kvener/norskfinnar, jødar, and skogfinnar the five groups who are defined as national minorities and protected by the European Council’s Framework Convention for the Protection of National Minorities and the European Charter for Regional or Minority Languages. In this Agenda we wish to give an insight into romer and romanifolket/tater culture, history, and also view it in the contemporary. Then not as a historic occurrence, something that has been and happened, but as a living part of our contemporary culture.

Norway today, and the world for that matter, can at times be perceived as rather complicated. Occurrences and history mesh together and hit you like a tidal wave. Where you might be left standing, wondering, how one is to understand the complexities of it all. But, the question is not if we have to understand our time completely, but perhaps that we can let it be an open space for discussion, where we can also look back and try to understand how we ended up where we are.

There has lately been a lot of discussion on how we are to understand said history, how it has been written, and how it should be represented and understood—perhaps re-written—today. And beyond doubt, to show the complexities of history and how it has been perceived and written will give us a better and more complete vista of our time, it is a logic that is difficult, if not impossible, to argue against.

This Agenda is then a meager beginning in understanding the multitude of cultures around us, the cultures that make up society as a whole. It is in no way complete, but then it is our responsibility to begin somewhere, to see, understand, and question the time and place we are living in and through. Historical occurrences can become contemporary realities. But in our contemporary we have the power to muster a collective force that can embrace—not only the singular—but the multitude of cultures, expressions, ideas, and people into one existence, that at the same time values the history and uniqueness of each. In this embrace we can listen, converse, and realize the beauty in the multifaceted time we are living in.

E lias Akselsen , b. September 27th 1947, is a Norwegian singer, where his career spans several decades, parallel to his music he is a central figure in communicating the traditions of the Romani/tater people in Norway. 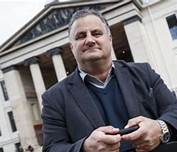 Holger Gustavsen, b. September 24th 1964, is the chairman of the Norwegian Association for Tater since 2005, he was also was a part of the founding of the Tater cultural fund and member of the expert group behind the governmentally appointed report NOU 2015:7 « Assimilation and Resistance.» 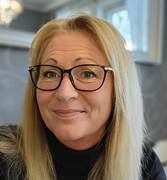 Lillan Støen, b. March 2nd 1969, is the secretary of the Norwegian Association for Tater since 2007, deputy chairwoman to the multicultural advisory board, Innlandet county, member of the equality council, Budfir, the National network of Anti racism and the advisory board at Kulturrådet for the vindication of the Romani/tater-people.

Rosa Taikon (1926-2017) was one of Swedens most influential silversmiths who through both expression and mode of working rejuvenated both the Romer craft traditions and the modernist expression of silversmithing in Sweden. Together with her sister, the writer Katarina Taikon, Rosa also became one of the central, political and social figures in Sweden for the romer population and, one of Swedens national minorities. After her death in 2017 the entirety of her work was donated to the Hälsingland museum. 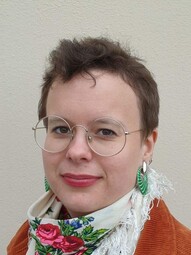 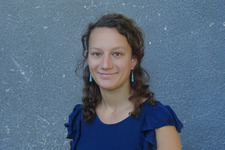 H anna Gjelten Hattrem is an art critic and Student Adviser at the Oslo National Academy of Arts. She has previously worked at The Museum of Cultural history as an archaeologist and the European Cultural Foundation in Amsterdam, in addition to running her own gallery in London. Since 2015 she has worked closely with several arts and cultural organizations in Veliko Tarnovo, Bulgaria. She holds a Master’s in Cultural Analysis from the University of Amsterdam and a bachelor’s in Art History and Archeology from the School of Oriental and African Studies in London